A Beautiful World | Neutrinos have Mass! The 2015 Nobel Prize in Physics
570
portfolio_page-template-default,single,single-portfolio_page,postid-570,ajax_updown_fade,page_not_loaded,,qode-child-theme-ver-1.0.0,qode-theme-ver-7.6.2,wpb-js-composer js-comp-ver-6.0.5,vc_responsive

Neutrinos have Mass! The 2015 Nobel Prize in Physics 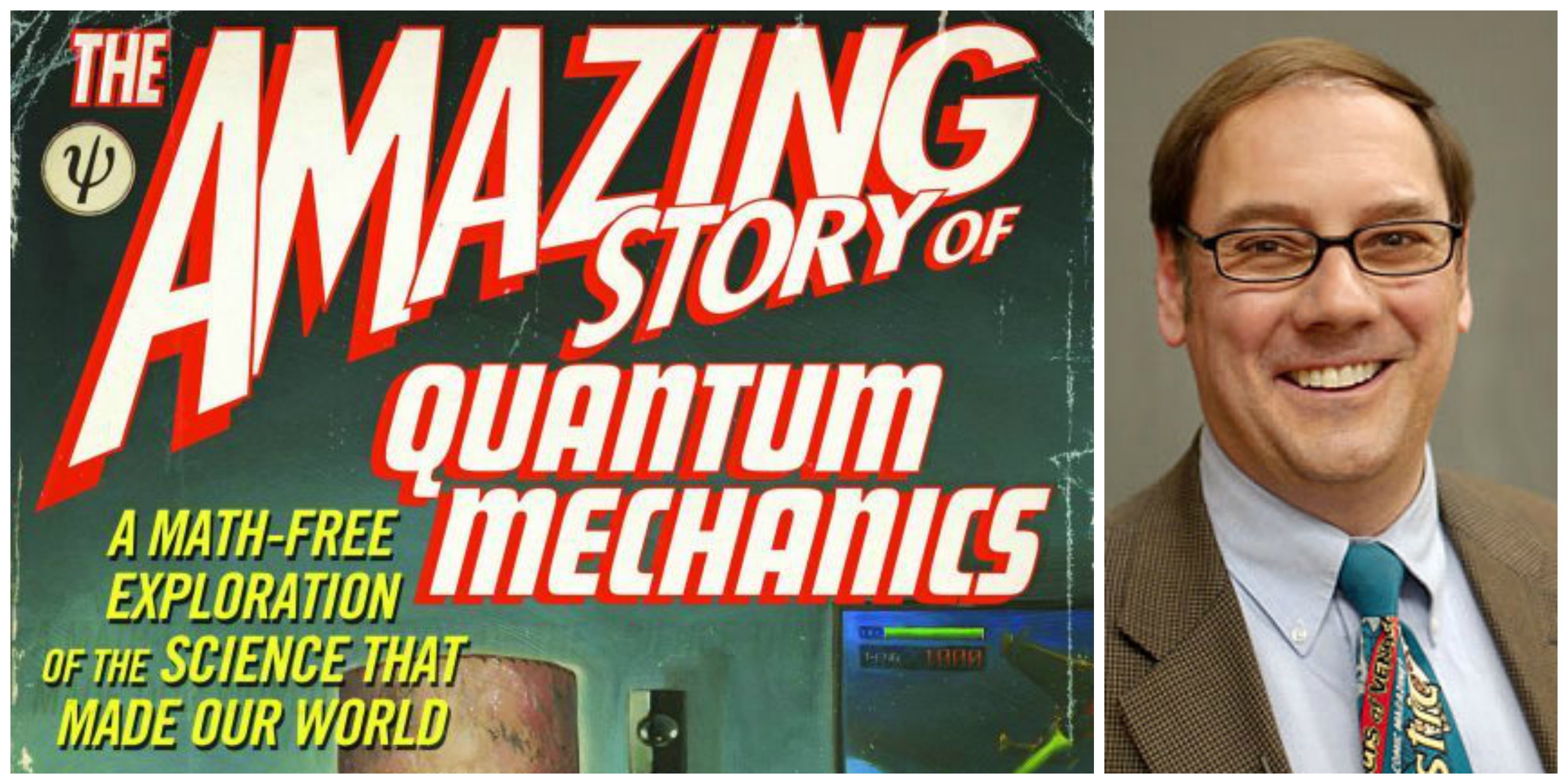 More About "Neutrinos have Mass! The 2015 Nobel Prize in Physics"

The 2015 Nobel Prize for Physics

The 2015 Nobel Prize for Physics was awarded to Japanese physicist, Takaaki Kajita and Canadian Physicist, Arthur B. McDonald for discovering that neutrinos, some of the smallest and most ubiquitous particles in the universe, not only have mass, they can switch their ‘flavors’ or identities mid-flight.

What does it mean?

Well, as Goran Hansson, the secretary general of the Royal Swedish Academy of Sciences, which announces the Nobel physics award, declared: “This year’s prize is about changes of identity among some of the most abundant inhabitants of the Universe.”

Dr. James Kakalios, physics professor at the University of Minnesota says this discovery sheds new light on the origins of the universe and changes our previous calculations about the mass of the universe. That’s because neutrinos are ev 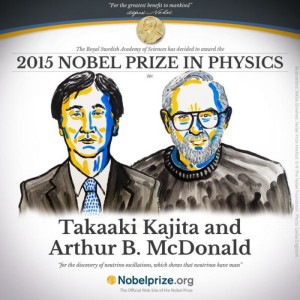 erywhere. Right now they’re raining down and zooming past all around you, passing effortlessly through walls, windows, computer screens, mountain ranges and even your own eyeballs – but you can’t see them.  Every second of every day, more than six trillion neutrinos stream through your body.  Hold your thumb up to the sun and Kakalios says over seventy thousand neutrinos will pass through your thumbnail in a single second.

How’d they do it?

Takaaki Kajita and Arthur McDonald led two separate teams, which both made key observations about neutrinos.  McDonald ran the Sudbury Neutrino Observatory, also known as SNOLAB, in Canada, where researchers were looking at neutrinos that come from the sun. Kajita led the atmospheric neutrino research group in Japan, where in order to study neutrinos and keep them from interacting with cosmic rays, his group was forced to go deep underground.

They worked in a laboratory built miles below the earth’s surface, constructed inside an old Japanese gold mine called The Kamioka Observatory, which is located a thousand meters underground in Hinda, the northernmost city of Gifu, Japan. There, far from the sun’s interference, is a high-tech neutrino observation chamber,  like a massive metal hornets’ nest anchored to the cavern ceiling. This chamber is called The Super-Kamiokande, and is operated by an international collaboration of about 110 people and 30 institutes from Japan, the United States, Korea, China, Poland, Spain and Canada. The Super-Kamiokande detector consists of a stainless-steel tank, 39.3m diameter and 41.4m tall, filled with 50,000 tons of ultra-pure water. About 13,000 photo-multipliers are installed on the tank wall.

The combined efforts of these massive research teams heralded the discovery that neutrinos not only have mass – but they also can flip-flop between identities or “flavors” (Electron, Muon, and Tau) on the fly. This phenomenon known as, neutrino flavor oscillation, allows neutrinos to oscillate or change into 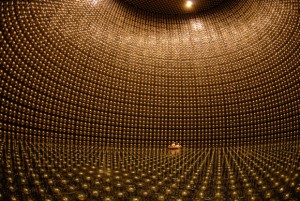 any of the three different types, as they move through space. Kakalios likens this to  a person being able to change eye color as they cross the street.

Neutrinos are so small, so ‘insignificant,’ that up until now they were believed to have no mass whatsoever, scientists often referring to these zippy wisps as “ghost” particles. But it turns out, neutrinos are the hidden calories of the universe. They DO have mass and they DO interact with their environment, albeit infrequently. That means-physicists must reconsider, re-calculate and re-write the mass of our universe, along with several highly-coveted rules about the subatomic world. This discovery contradicts the Standard Model of particle physics and has changed calculations about the nature of the Universe, including its mass and eternal expansion. So what
can we, the citizens of earth who are not quantum physicists, take away form this discovery?

3) A new era of discovery about the universe and ourselves, has only just begun.

James Kakalios is the Taylor Distinguished Professor in the School of Physics and Astronomy at the University of Minnesota, and heads a research program in experimental condensed matter physics, with particular emphasis on complex and disordered systems. 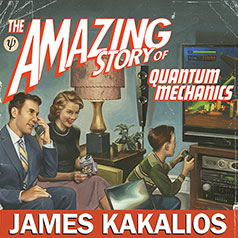 e’s the author of “The Physics of Superheroes” and “The Amazing Story of Quantum Mechanics,” which illuminate the fact most people are unaware of how much they depend on quantum mechanics eve
ry day. Using examples from science fiction pulp magazines and comic books, his writing explains the fundamental principles of quantum mechanics that underlie the world we live in.

“Quantum Mechanics has a reputation for being incomprehensible and full of weird ideas. Well, the ideas are pretty weird, but it’s definitely not impossible to understand.”

When the creators of the 2009 Warner Bros. film Watchmen asked the National Academy of Sciences for a consultant to help translate the graphic novel to the big screen, James Kakalios was the perfect fit. His science and superhero expertise helped background on the physics behind such super-powered characters as Watchmen’s Dr. Manhattan.

“At the end of the day, I’m not looking for a movie to be 100 percent scientifically accurate. But if they can do something right, it’s like catching a little inside joke… And who knows? Maybe the audience will learn a little something about science.”

More on the Book: http://www.physicsofsuperheroes.com