A Beautiful World | Paul Bogard – The Earth Beneath Your Feet
1034
portfolio_page-template-default,single,single-portfolio_page,postid-1034,ajax_updown_fade,page_not_loaded,,qode-child-theme-ver-1.0.0,qode-theme-ver-7.6.2,wpb-js-composer js-comp-ver-6.0.5,vc_responsive

Paul Bogard – The Earth Beneath Your Feet

More About "Paul Bogard – The Earth Beneath Your Feet" 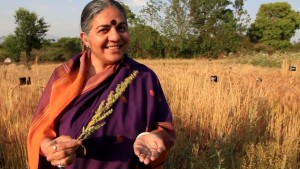 Dr. Vandana Shiva is a physicist, an Indian scholar, an environmental activist and an anti-globalization author. Shiva, currently based in Delhi, has authored more than twenty books and is  passionate about soil health and alternative farming solutions.

“After being fooled for about 75 years, that the soil is an empty container we can pour chemical fertilizer into – we know now soil is the most amazing living ecosystem, and more diverse than the plants that we see above the sea or the fish in the ocean.

Shiva spoke recently at the ‘soil not oil’ conference in California. Her research has revealed incredible connections between the ground under our feet and ecosystems not only around the world – but also in the sky. she says soil affects not only our health, and our environment but also climate change and it’s time we take a closer look at it. because earth – is pretty incredible. 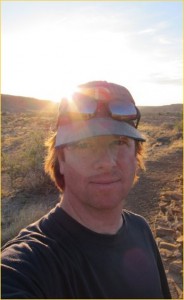 ground is the same. “We now know just a teaspoon of soil holds more micro-organisms than there are people on earth.”

He makes a distinction between soil being the living earth and dirt. “Soil is alive. its soil is alive, most biodiverse aspects of planets. 1/3 of all species on earth are in ground – all our food comes from it, so many forms of life exist on it, we are sustained by life in the ground.”

Bogard says in a single handful of soil there are billions of microorganisms that are critical to the earth’s ecosystems – fungi, arthropods, algae, protozoa and nematodes. and while this precious substance is rich in resources the truth is, by earth size standards – a handful is about all we have.

“I was talking to a soil scientist, took out an apple to explain how important soil is. he cut it in 4 and threw three pieces away. that was water… gradually gets it down to a tiny piece of apple, peels skin off and says ‘this is the soil from which we have to grow all the food for all the people on the planet.”

Franklin Roosevelt said. “The nation that destroys its soil – destroys itself.” He  wrote those words in 1937 during the great depression, when erosion and loss of topsoil were making the land so infertile that crops were dying in the field and people were starving. he said “as the nation’s soil goes – so goes the nation.” 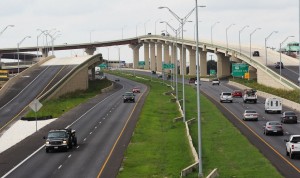 Bogard says in the United States, there are more than sixty thousand square miles of pavement. “There’s this thing called soil sealing, empaving the fertile ground, sealing off and killing the ground that is the most fertile – doing this at the time we need to be growing more food for a growing population.”

So we owe our lives to the ground – But how many of us actually take time to study the ground – or even look at it?  “We’re lucky in this country,” he says, “to have a clean air and clean water act – but we don’t have legislation designed to protect the ground – the foundation for everything. I’d like to see people reawaken their awareness of the ground.”

Bogard would like to see new legislation in place to start protecting soil and he says each of us can start changing our perspective about earth by taking a barefoot walk in the park, and picking up a handful of soil to reconnect with it. Bogard’s book THE GROUND BENEATH US ; from our oldest cities to the last wilderness, how dirt tells us who we are is scheduled to come out next spring 2017.