A Beautiful World | Microbia – its okay to eat food of the floor!
1369
portfolio_page-template-default,single,single-portfolio_page,postid-1369,ajax_updown_fade,page_not_loaded,,qode-child-theme-ver-1.0.0,qode-theme-ver-7.6.2,wpb-js-composer js-comp-ver-6.0.5,vc_responsive

Microbia – its okay to eat food of the floor!

More About "Microbia – its okay to eat food of the floor!" 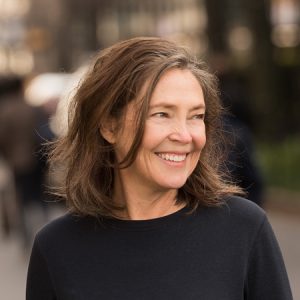 “I eat food off the floor. No problem. The best thing for you is a carrot with the dirt still on it.”

Eugenia Bone became fascinated with microbes—those life forms that are too small to see without a microscope. Specifically, she wanted to understand the microbes that lived inside other organisms like plants and people.Your body is inhabited by millions of microbes and most of them are working hard to keep their world,which is YOU, safe. She says your job as their benevolent leader is to not kill them all off, but to let them do their job and even help them grow.

She quotes the environmental scholar, Joanna May who had a name for this called, “The Greening of the self.”

Bone says the idea behind restricting antibiotic hand-wash and cleaners is that you don’t want to wipe out the good microbes because if you do, bad bacteria has a chance to move in. You also want to make sure you’re feeding the good microbes in your body, by giving them whole food they can use.

“You know that saying, An apple a day keeps the doctor away, Well I think you could add, because it makes the microbes stay!”

Once afraid to hold a subway pole, Bone’s research has made her not only unafraid of bacteria, but she’s become somewhat of a microbe champion.”I don’t wash my hair very often, I don’t use hand sanitizers, I don’t use antibiotic cleaners, I avoid processed flour and sugar, I eat tons of whole grains and fruits and vegetables to keep my ecology of bacteria in good working population numbers. I hold the subway pole on the subway, and I’m all about hugging and kissing.”

Bone learned that biology is a vast conspiracy of microbes. Microbes invented living and as a result they are part of every aspect of every living thing. This popular science book takes the layman on a broad survey of the role of microbes in nature and illustrates their importance to the existence of everything: atmosphere, soil, plants, and us.

“You know God is often described as one big entity, but it makes a kind of sense that it would be billions and billions of things instead.”

If you are reading this, your gut microbiome is probably pretty similar to the microbiomes of other people from industrialized countries. We collect our mature gut microbes from our environment by eating, as well as from soil and other organisms, so the more sterile our environment, the less types of microbes turn up in our guts.

Western microbiomes tend to be less diverse than those in non-industrialized populations, maybe because of our antibiotic use in everything from medicines to animal husbandry to hand wipes or our reduced exposure to bacteria from wild sources like soil (a good reason why we should let our toddlers play in the mud). Likewise, increasingly antiseptic and engineered foods—baby food is virtually sterile—has led to a reduction of the diversity of microbes in our body. Indeed, the molecular anthropologist Christina Warinner investigated 1,500-year-old Celtic feces and found it contained five species of a fiber-fermenting bacterial genus, Treponema, that we don’t have anymore. It may seem like having less bugs in you is a good thing, but actually, a less diverse microbiome is less able to deal with environmental stresses from pathogens, antibiotic use, or dietary changes or opportunities.

In order to increase diversity, you have to add microbes, which is what probiotics are, and you have to feed those microbes, which is what prebiotics are. Just to get the terminology straight, a probiotic is live bacteria that are reintroduced into a location where traditionally they belong, and the best way to get them is from food, and rolling in the dirt, and hugging people. Prebiotics are bacteria food—specifically, the sugars in fiber that bacteria ferment for energy. Breast milk is our first prebiotic. Prebiotics are like the dead fallen leaves that feed soil microbes carbon and other nutrients. You could say prebiotics feed our inner soil. A prebiotic is the fiber in the apple that makes it past your small intestine all the way down to your colon, where the bulk of your gut microbes make a living. If you can’t digest it with your own enzymes and the bacteria in your large intestine can, it’s a prebiotic.

The more fiber you eat (25 grams for women and 38 grams for men a day), the more you feed the microbes in your colon, the more useful by-products like fatty acids they produce, the healthier your colon wall, the less inflammation you suffer. The more processed foods you eat, like white flour and sugar, the more calories are absorbed in your small intestine. You aren’t feeding your gut microbes; instead, you’re dumping all those sugars into your bloodstream, where they can cause trouble. And the more fats you eat, like steak and ice cream, the more you feed those microbes that are associated with bile (which helps the stomach digest fats), which leads to inflammation and colitis in mice and possibly in humans.

A meat-dominated diet feeds bacterial putrefiers that produce nitrogen and sulfur-containing compounds that damage the cells lining the colon. Chronic exposure of colon cells to these compounds may explain why colon cancer comes on late in life—like with smoking cigarettes and lung cancer, it takes a while for disease to appear—and it happens mostly in the lower part of the colon where putrefaction occurs. Additionally, if you eat lots of fats, you secrete more bile to break them down, which means more bile ends up in the colon, where microbes convert it into secondary acids that are also toxic to the lining of the colon. But let me be clear: eating meat is not the problem. The problem is eating more meat than vegetables. “So long as the byproducts of the fiber fermenters prevail,” wrote David R. Montgomery and Anne Biklé in The Hidden Half of Nature, “then the colon serves as a medicine chest rather than a toxic dump.”

Diets high in plant starches feed bacteria from the phylum Firmicutes. In mouse studies, Firmicutes dominated in lean mice and Bacteroidetes, another phylum, dominated in obese mice. The gut microbiota of the mice differed in their efficiency in harvesting calories and differed in the way that harvested energy was used and stored. Studies of humans were similar. Obesity is associated with phylum-level changes in the microbiome, not just a change of species, though diversity is also implicated. But it is important to remember that the Firmicutes-to-Bacteroidetes ratio is not a reflection of obesity; it is a reflection of diet.

You can call it the Microbiome Diet, or the FODMAP Diet, or the Zone Diet, or various vegetarian diets (lacto, lacto-ovo, pesco), the South Beach Diet, the Raw Food Diet, the Mediterranean Diet, but, ultimately, they all are about the same thing. If you want to lose weight and enjoy the benefits of a healthy gut, eat lots of fiber, limit fats, and don’t eat refined grains and sugar. And you have to do that forever. And it’s best to start young.

“Here’s a diet for you,” said mycologist and plant pathologist James White. “Go to the garden, pull out a carrot. Wipe it off and eat it. Eat it right there. That’s the microbiome diet nature wrote.”