A Beautiful World | How To Treat People
1594
portfolio_page-template-default,single,single-portfolio_page,postid-1594,ajax_updown_fade,page_not_loaded,,qode-child-theme-ver-1.0.0,qode-theme-ver-7.6.2,wpb-js-composer js-comp-ver-6.0.5,vc_responsive

How To Treat People

More About "How To Treat People"

Molly Case is a nurse, born and raised in south London. She’s also a spoken word artist, influenced by the early hip hop and rap of Tupac and Eminem. In 2013 she achieved international recognition for her poem, “Nursing the Nation.”

Case had been invited to speak at an annual health care conference with the Royal College of Nursing Congress. She was a student nurse at the time. Working hard to pass her exams and log in her hours, she wasn’t really involved in going to conferences and was not prepared for what happened. 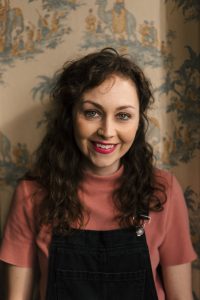 “I didn’t realize this was going to be a Bruce Springsteen stadium arena of 5,000 health care workers in Liverpool,” she said. “And even when I saw that it was going to be, I thought that my little kind of three minutes on stage would be the interlude whilst people went for their toilet breaks or they went to get their coffee. I thought people would be kind of bustling in and out as I try to read poetry because, as I’m sure most people know, it’s hard to get an audience for poetry at the best of times.

England’s National Health Service, or NHS, had been under public scrutiny at the time and taking a beating in the press. Doctors, nurses and aid workers everywhere were demoralized and discouraged. Then Molly came along and recited “Nursing a Nation.” What happened next was breathtaking.

“I felt in the air something shifting,” she recalled. “There was something palpable and solid in the air.  I’ve never felt or heard something like it.  I knew that something was happening, but I couldn’t tell you what it was. I just knew something was shifting.”

When she finished reciting her poem, the entire stadium leaped up and gave her a standing ovation.

“There was this kind of almighty sound as people got up from their seats,” she said. “Then that evening when I went back to my hotel room and the counter on my YouTube channel got stuck at a certain number, my husband, who’s a bit techie, said, ‘That means you’ve broken the internet. That means it can’t count quick enough.’ I said, ‘Oh no, I think it’s just simply 107 views.’ Then the next day we woke up, and there was 100,000 views.”

Case had hit upon something. She believes the reason her poem resonated so far and wide was that the message was one health care workers everywhere were living, even if they hadn’t yet rallied around it.

Now Case has written a memoir of her journey to the nursing profession  “How to Treat People: A Nurse’s Notes.”  Her story takes us to emergency rooms, into surgery suites and on ambulance rides, as she and her fellow nurses work tirelessly to serve and save patients. Patients being the reason nurses care so much about what they do.

“It really is about connection, and learning about people’s lives,” she said. “I always remember the Maya Angelou quote, ‘They may not remember the name but they’ll always remember what you did for them.’ I think that is so true. These moments of care that we’re privileged to have with people, in hospital or in their homes, there’s something in that vulnerability, and in that tender moment, that is life and death.”

One of her favorite stories in the book is about a woman named Mary, who lost her husband and soon after 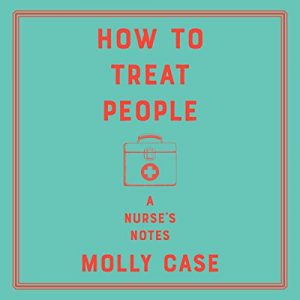 was rushed to the hospital with an apparent heart attack.

“She presented with all the symptoms of a heart attack, high blood pressure and elevated enzymes, but in fact she had a condition called takotsubo cardiomyopathy, or broken heart syndrome.  It’s an enlarged heart. It happened because she’d been overcome with grief and fright, and there was something utterly poetic about this.  That’s why I chose to write out her story, because there’s such poetry in the lives that we’re living and the stories that accompany us.”

“People often think that nursing and writing are disconnected,” she said. “Nursing is very practical. Writing is very solitary, but actually they are both incredibly reflective professions. I always think nursing is kind of like an anthropological pursuit. It’s the study of us, why we’re here, what we get up to, what it means to be here.  I think that’s the role of the writer, and the poet, to find meaning.”

Case believes everyone is born with the ability to take care of each other, the will to be kind and to do good, and to make people feel better. In her experience, there really is god within all of us.

“There’s this Fred Rogers quote in the book that says, ‘When I was a boy, I would see scary things in the news. My mother would say to me, ‘Look for the helpers. You will always find people who are helping.’  We are in an age, unfortunately, where we’re seeing huge acts of terror all the time, and it gets to be too much for all of us. And that quote, I still remember it from my childhood. I really truly believe that we are all meant to be good. We have that within us. I know that sounds a little bit idealistic, but I do see kindness and goodness in my job every day.”