Every year, millions of tons of plastic ends up in the ocean at a rate of a dump truck a minute. Over a year, that’s eighty million tons of plastic. Environmental power-politician Frédérique Ries, an MEP from Belgium, helped craft the bill and called the EU ban on single-use plastic, “A victory for our oceans, for the environment, and for future generations.”

A victory brought about in part by the BBC television program “BLUE PLANET,” hosted by Sir David Attenborough, who says he was overwhelmed by the public’s response. 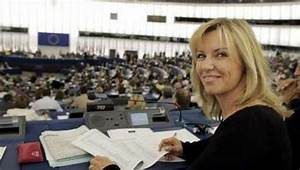 “We hoped that blue planet two would open people’s eyes to the damage we are doing to the oceans and the creatures that live in them… I’ve been absolutely astonished at the result that that program has had.  I never imagined quite so many of you would be inspired to want change.” David

Ministers of European Parliament voted 571 to 53 in favor of the single-use plastics ban. The ban is wide ranging and will have a major impact on consumers and retailers alike. Erin Simon, Director of Sustainability at the World Wildlife Fund, says the ban is cause for celebration, and caution.

“A rapid pace of innovation and proliferation of plastic has outpaced our ability to manage it. when this plastic ends up in nature, it doesn’t break down quickly, it takes hundreds of years. That has really bad impact on those ecosystems and of course the people who depend on those. That’s wildlife and humans.” 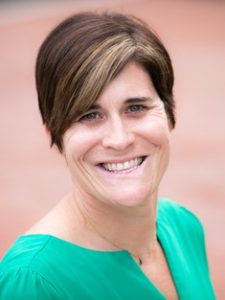 Simon says over 800 species have come into contact with plastic. So that’s eating it, getting tangled up in it, and having their habitats altered by it. Sometimes it’s the whale that washes up on shore with its belly full of plastic, or the seal swimming with a packing band around its neck, or the turtle trying to lay eggs in a beach filled with garbage.

“I’m not anti-plastic. It’s an extremely low-cost, high-performing and versatile material. so really trying to address the root cause of this problem along with re-thinking how we use plastics is going to get us closer to addressing the crisis we’re trying to solve for.”

Simon cautions that we must be careful about what we use instead of plastic. “If start replacing plastics with materials that are pulp and paper based for example, you need to be really conscious of the responsible forest management practices that we need to see. Otherwise, we’re just sort of shifting around the environmental cost to a part of the ecosystem.”

The EU ban aims to eliminate single-use plastics within two years, and Simon hopes it might lead other countries like the United States to follow suit. Until then, she says, everyone can help reduce plastic in oceans by being a ‘bringer of your own.’

“I have my own water bottle I carry with me all the time, my own to-go mug for the coffee I depend on so entirely, and of course carrier bags. So, there’s these simple things you can do, although at times, I’ll be honest, as a person who travels a lot, I have to be really conscious about that effort.  It’s a conscious effort to make sure you always have your reusable item with you.”

Bringing your own and choosing products that will decompose in your own lifetime will help not only our oceans, but — as Attenborough says – the creatures that live in them.

“I’m a mom, so I want those species to continue to survive for generations. I want my daughter to experience them in the wild, and her children too. I think we’ve overstepped and put a lot of pressure on our planet to just continue to give us more and I think this has been a wakeup call and a moment for us to say stop this before it’s irreversible.”