Altruism can change your mind. Literally. 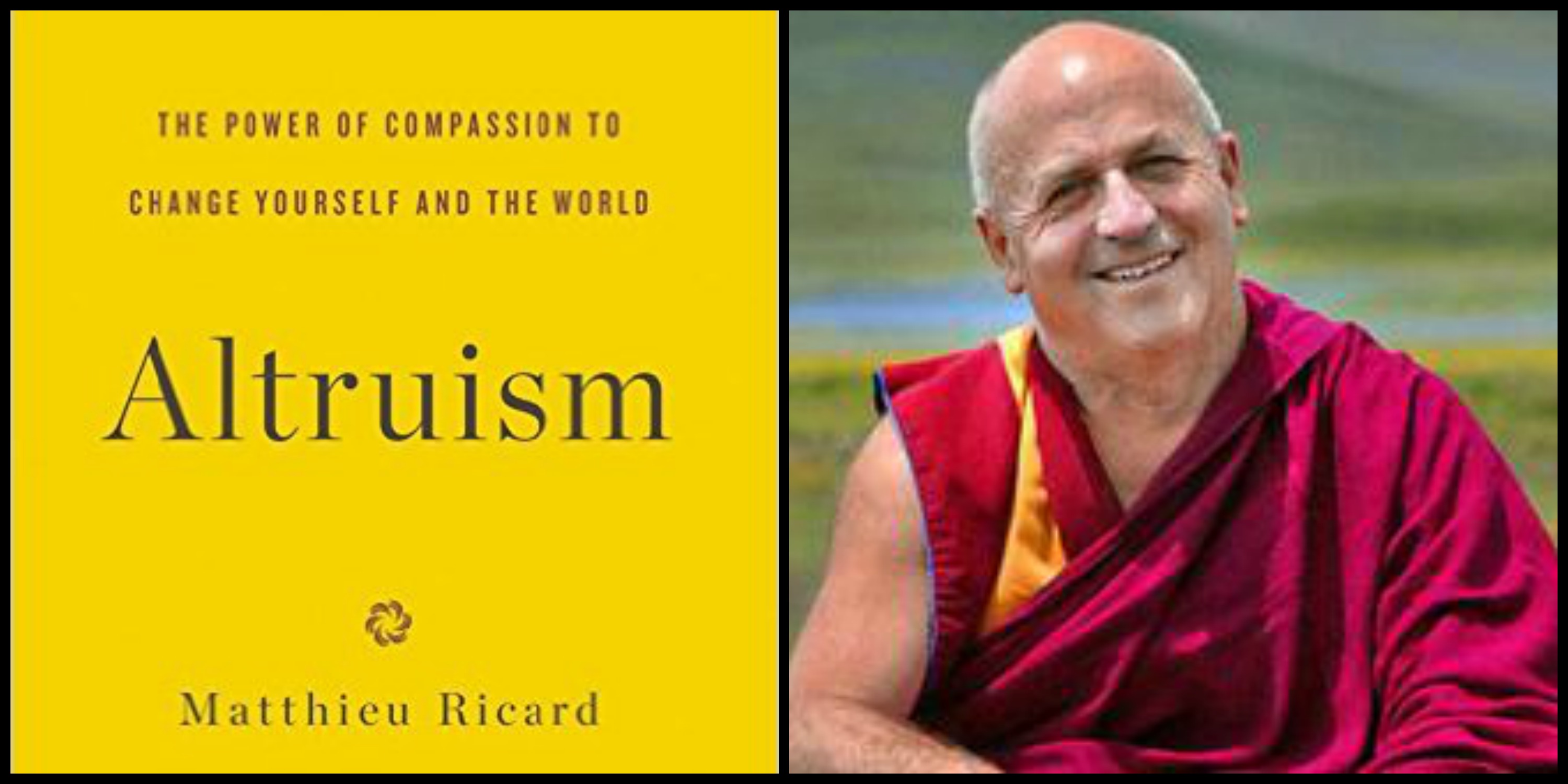 More About "Altruism can change your mind. Literally."

Matthieu Ricard‘s new book, “Altruism” highlights the many advantages of loving others.

Altruism can change your life. Literally.

Matthieu Ricard has been described as a human “Rosetta Stone,” he’s able to speak in multiple and often-conflicting languages all at once: Scientifically, spiritually, plainly and with great complexity. He’s also fluent in Chinese, 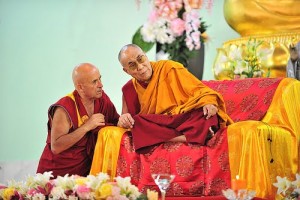 Tibetan, French and English. His unusual history contributed to this composite expertise, Ricard left a prominent career in cellular genetics over forty-five years ago to study Buddhism in the Himalayas. He’s now the Dalai Lama’s French interpreter and an internationally bestselling author of many book, including his latest publication, “Altruism: The Power of Compassion to Change Yourself and the World.”

With personal passion, historical evidence and great scientific detail, Matthieu Ricard’s new book, “Altruism” makes a robust and passionate case for cultivating altruistic love and compassion as a means to benefit both our own lives and our society.  “Altruism is a state of mind. It’s the motivation and intention to wish good for a person or a group of persons.”

Ricard considers “Altruism,” to be his masterwork, the culmination of years of research, experience, observations, and reflections. A central theme in the book reflects one of his favorite Dalai Lama quotes: “Be selfish, love others,” meaning in order to be truly happy, we must focus on the happiness of others. 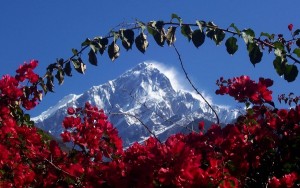 Ricard’s own life is a study in balanced altruism. He resides at the Shechen Monastery in Nepal with 600 other monks and devotes much of his time to humanitarian projects in Tibet, Nepal and India. When he’s not actively helping disadvantaged communities, he’s writing books, researching scientific hypotheses or meditating at his monastery’s hermitage high up in the cold Himalayan Mountains, where he spends about five months a year.

The focus of Ricard’s new book and “The basis for much of my life,” has been how altruism, actively helping others, helps us as individuals and as a society.  Ricard says that altruism – focusing for the well-being of others – could be the saving grace for not only ourselves and our communities, but for the 21st century. Altruism can help us with some of life’s biggest challenges: the economy, the environment and our personal life satisfaction. Ricard says altruism is not just a ‘nice idea’, it’s a scientifically proven way to live longer, healthier and happier lives – and he has the science to back his claim.

Being nice changes your brain

“If we want a more altruistic society, we need two things: individual change and societal change. Is individual change possible? Two thousand years of contemplative study says yes, it is possible. Fifteen years of collaboration with neuroscience and epigenetics also says yes, our brains change when you focus on altruism. I 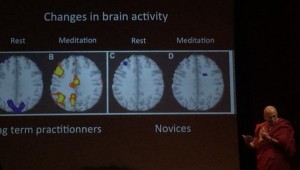 spent 120 hours in an MRI machine and the result has been published in many scientific papers. It shows structural changes and functional changes in the brain when you focus on altruistic love.”

According to Ricard’s research, actively focusing on caring mindfulness and compassion can physically alter the structure of our brains. His study shows practitioners of ‘caring mindfullness meditation’ had an increased volume of grey matter in their brains and larger, more active hippocampuses, the region of the brain associated with positive emotion, long term memory, and the autonomic nervous system.  Conversely, they also had smaller and less active amygdalas, an area of the brain associated with stress, anxiety and depression.

Most amazingly, Ricard says these changes affect not only our brains, but also our epigenetics, or the expression of our genes. Which means if you had a baby after experiencing these structural brain changes, you would pass down the “new”and altered genetics of your “improved” brain structure –  as opposed to the crappy old brain structure you were born with. 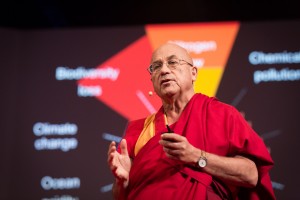 Ricard is quick to point out that people don’t need to be lifetime practitioners of intense meditation like he is to feel the positive effects of altruism. “Even meditating on caring mindfulness for twenty minutes a day can produce great benefits,” “he says. “Even ten seconds of wishing another person well works.”

We were born to be heroes

According to Ricard, being altruistic is a natural state for human beings. “We were born to be heroes,” he says and cites  several situations in which people helped one another at great risk to their own safety, including people dragging  strangers off train tracks and jumping into icy water to save someone drowning. These people acted immediately and on  instinct, he says, without considering the long-term consequences. Rather than brushing these episodes off as the work  of rare individuals – he says its proof all humans are wired to help each other. 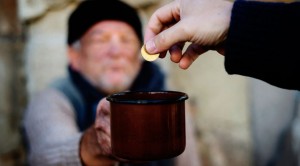 Even when people do have a choice, or time to reflect, many will still instinctually help one another. Take Pastor André  Trocmé and his wife during the Second World War. They, along with the whole village of Le Chambon-sur-Lignon in  France, conspired collectively, as a group, to save 3,500 Jews.  They gave them shelter, brought them to Switzerland,  and did it against all odds, at the risk of losing their own lives. Fifteen hundred people lived in the village, and Ricard  argues it was not a case of fifteen hundred “special” or “unusual” people who happened to live together, it was normal      everyday people like you and me. “We have to expect ourselves to be Heroes,” he says “because we are.”

The unsung heroes of everyday altruism

Ricard says great altruistic actions like those in Le Chambon-sur-Lignon are legendary, but everyday, ordinary acts of altruism are just as important. Even altruistic thoughts count.   Simply wishing well for others can trigger the kind of individual and societal benefits his research has found. 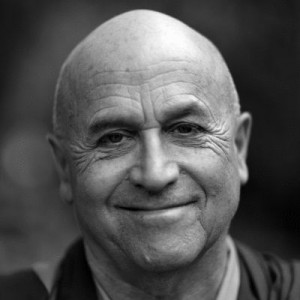 “I like to call that the banality of goodness. It’s what we do every day, giving someone a smile, helping an elderly person, taking underprivileged kids on an afternoon holiday, it’s not so difficult. There are so many unsung heroes of altruism, people who do ‘ordinary goodness’ and we don’t pay enough attention to that. It’s not in the news, but there is always good woven into the fabric in our lives and we must pay more attention to that and also be part of it.”

The big trick with altruism according to Ricard, is you have to mean it. To just wish someone well, with the intent of making your brain better – doesn’t work. “You have to actually feel the warm-heartedness,” he says. “You need caring mindfulness, you can’t just be mindful – after all, you can have a mindful sniper. You must imbue mindfulness with a sense of benevolence and care.”