Modern Day Exploring is Not Dead

Adam Shoalts is a professional explorer and adventurer for the Royal Canadian Geographical Society in Canada.  His specialty is exploring rivers so remote they have no names and in some cases are not even accurately mapped.   He’s ventured everywhere from the jungles of the Amazon to the desolate tundra of the High Arctic, where he canoed one of the most northern rivers ever navigated in North America called the ‘Again River’ where he discovered seven uncharted waterfalls, by falling over them. 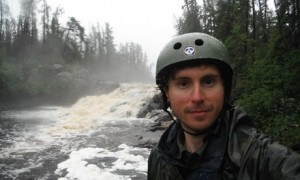 Shoalts’ specialty is exploring Canada’s Hudson Bay Lowlands, one of the largest roadless areas on earth outside Antarctica, which contain rivers so remote that even today a few have escaped complete mapping. His expedition’s objective was to explore the Again River, a remote tributary of Quebec’s Harricanaw River. Until 2012, no known explorer, surveyor, canoeist or anyone else had canoed the entirety of the river and it was only added to the map of Canada in the twentieth century as a result of aerial photography.

After two failed attempts, in 2012 Adam Shoalts reached the river’s isolated headwaters by a tortu 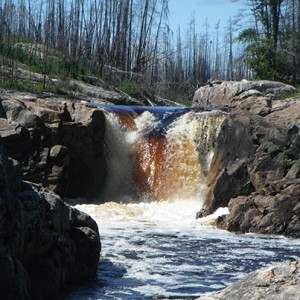 ous overland route, and then became the first known person to completely explore it, an experience that he blogged about for Canadian Geographic. This unexplored river had hidden its secrets well: astonishingly Shoalts discovered seven waterfalls on the river, which were not previously known to exist. On the first of these falls he was swept over in his canoe.“Everyone always asks me how tall they are,” Shoalts says. Now he has the answer: 18′, 25′, 10′, 15′ and 10′ feet, approximately, from first to last waterfall. The first, the one he went over in 2012, has two distinct drops of roughly four and 14 feet.

That first expedition, however, was only a preliminary journey. Given the unexpected discovery of the waterfalls, Shoalts, with backing f 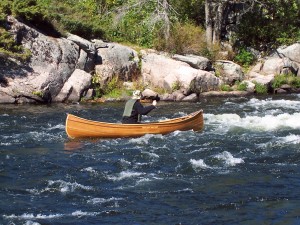 rom the Royal Canadian Geographical Society, will return to the river, retrace his arduous route, and this time photograph, measure, and document the precise location of each waterfall so it could be added to the relevant topographical maps. The most recent topographic maps covering the river date to 1969, and are derived from aerial photography taken in the 1950s. Satellite imagery is equally deficient for detecting the waterfalls. This expedition is thus geographical exploration in the truest sense: indeed, it will change modern day maps and make topographical discoveries, a true rarity in twenty-first century exploration.

Trained as a cartographer, archaeologist, and historian, and having grown up in rural Canada lea 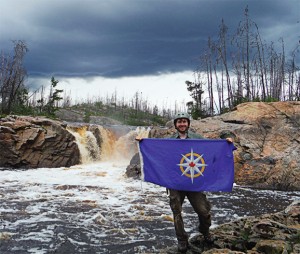 rning traditional bushcraft skills, Shoalts has built birchbark canoes and worked as a guide and wilderness survival instructor. He’s the author of many published articles on such ecological subjects as edible mushrooms, African explorers, and watershed pollution in northern Canada. He’ s a contributor to Canadian Geographic and from 2007-2012 penned his “Reflections of a Naturalist” column for various newspapers. In 2013 he was elected a Fellow of the Royal Canadian Geographical Society for “extraordinary contributions to geography,” and had the honour of presenting his expedition flag to Canada’s Governor General. In 2014, he carried the flag of the Explorer’s Club on his Arctic Expedition.

*All Photos Courtesy of Adam Shoalts and the Royal Geographical Society