Paris Attacks: Learning to Grieve Together 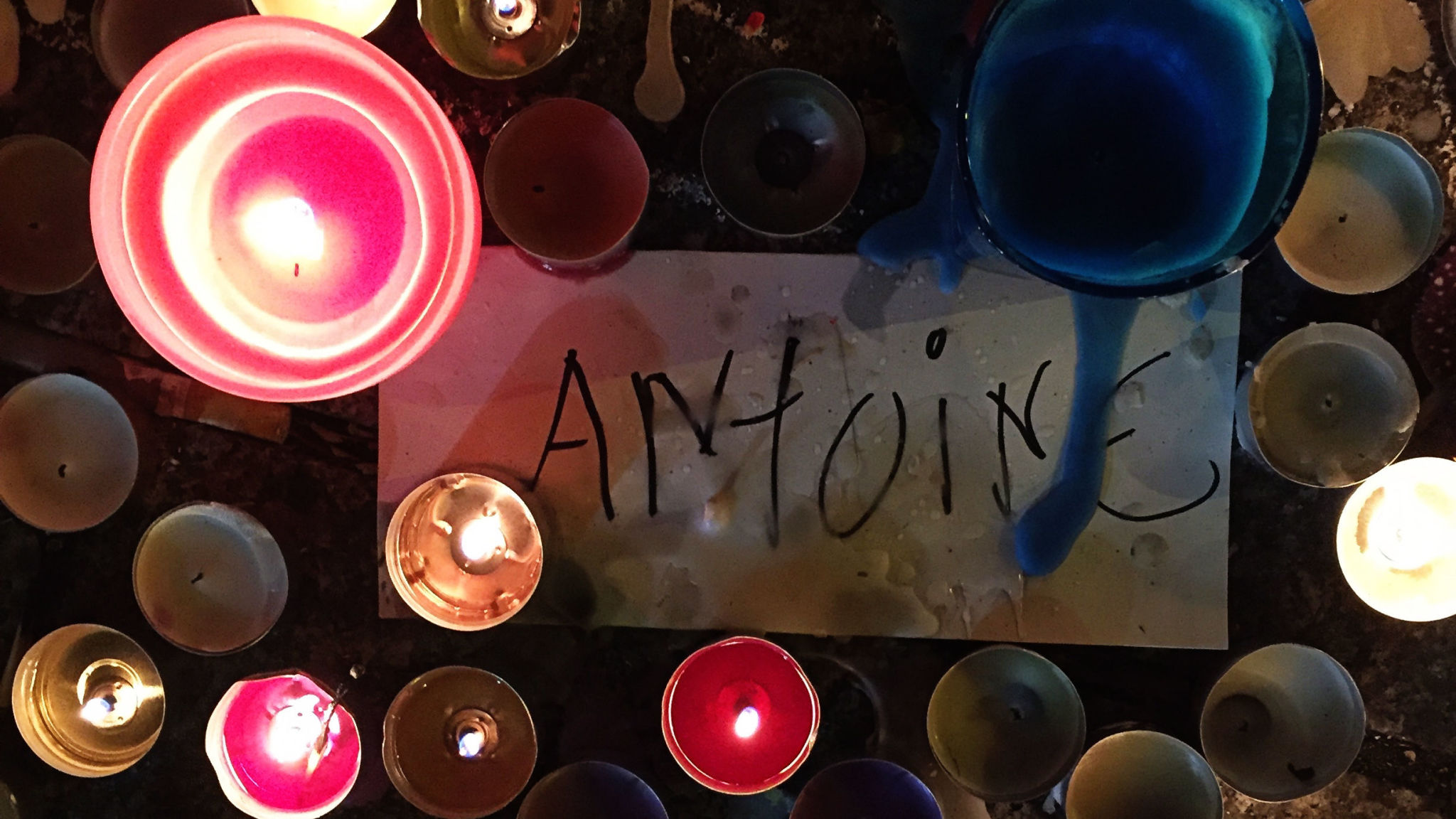 More About "Paris Attacks: Learning to Grieve Together"

Part of A Beautiful World on Minnesota Public Radio

Journalist, author and Dartmouth English Professor, Jeff Sharlet, talks about his harrowing trip to Paris during the 2015 terrorist attacks. He was having dinner at a sidewalk cafe about a mile from the Bataclan theater with friend, photographer and fellow collaborator, Tanja Hollander, when bullets, bombs and coordinated terrorist attacks erupted across the city. As texts came in alerting him to the attacks, Jeff discovered one of his students was in trouble, nineteen-year-old journalism student Sarah Khatry had been traveling in Paris and was alone, shuttered in a restaurant, just blocks from the infamous Bataclan Theater, where terrorists would take the lives of over eighty hostages before the night was over. Jeff immediately set out to find her. Here he recounts those harrowing early hours on the night of the attacks, as the hurried streets filled with confusion and fear, and then gave way to long eerie days of quiet grief and deep introspection.

“People were seeing grief together. Vast numbers of people were engaged in this collaboration, lighting candles, leaving flowers, taking photographs, we realized what we could do as writers and photographers was to watch how people memorialized the dead.” – Jeff Sharlet

As mourners slowly emerged from their homes and hiding places around the city, makeshift memorials cropped up at the attack sites and a flickering sea of candles were lit and placed among the piles of flower bouquets and roses. Tanja called these kinetic and collaborative structures, “Candleflowers,”as the spread out under police tape and bloomed across sidewalks and crept over the roots of trees. Jeff didn’t care for the Candleflowers at first, “Too pretty, too sentimental,” he thought. But as the days wore on and the vast tides of mourners around them continued to document and express their grief in both personal and public ways, they both started to see things differently.

“Your senses are heighted to both the awful and the wonderful…the drawings on the sidewalk, the candle flowers the lighters clicking – much more peaceful than sirens blaring. You want people to understand in the middle of all this awfulness there is also this incredible beauty.” – Tanja Hollander

The shocking enormity and utter violence of the attacks had shaken them and the city awake. Their heightened senses and keen state of awareness allowed them to see things they never would’ve otherwise noticed, from the little girl in a white coat who posed for TV crews as she prayed, to the squat man with a Union Jack iPad that filmed the burning candles for hours, to the strange man that wandered through the memorial carrying an enormous stuffed tiger. The two of them began to photograph, video and write about on what they saw, felt and experienced during their tumultuous time in the City of Lights, and Esquire posted their collaboration online. 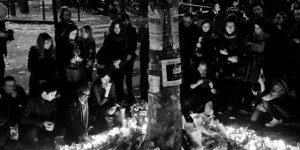 “I went to Paris to write a light piece about hospitality. My friend Tanja Hollander, a photographer, met me there. We’ve been working together on a project about pictures and words and social media. About how we share stories. Essays on Instagram, in particular, finding ways to turn the trivial toward—what, we’re not yet sure. We’re increasingly discovering that the snapshots we’ve always taken as notes may be more real than the final image, the finished story. Our plan in Paris was to look for what we knew would be an unfinished story, about the so-called ‘sharing economy’ and the deeper sharing promised, not always delivered, by social media. Instead, what at first seemed a very different story found us. Not the news of who planned the murders or how or of what kind of warplanes will respond, but of who took us in as strangers in a city under attack and then in mourning. We reported on social media—the media people make together, mediating their grief. ‘Listen,’ said Tanja at the first memorial— ‘the clicks.’ The click of lighters lighting candles, the click of cameras capturing the little flames.”

Jeff Sharlet is a professor of literary journalism at Dartmouth College and is the author most recently of Sweet Heaven When I Die. Tanja Hollander, a fine art photographer, is photographing all 626 of her Facebook friends all over the world. “Are you really my friend?” debuts at MASS MoCA in 2017.

LINKS: Esquire.com: What We Saw After the Attacks on Paris